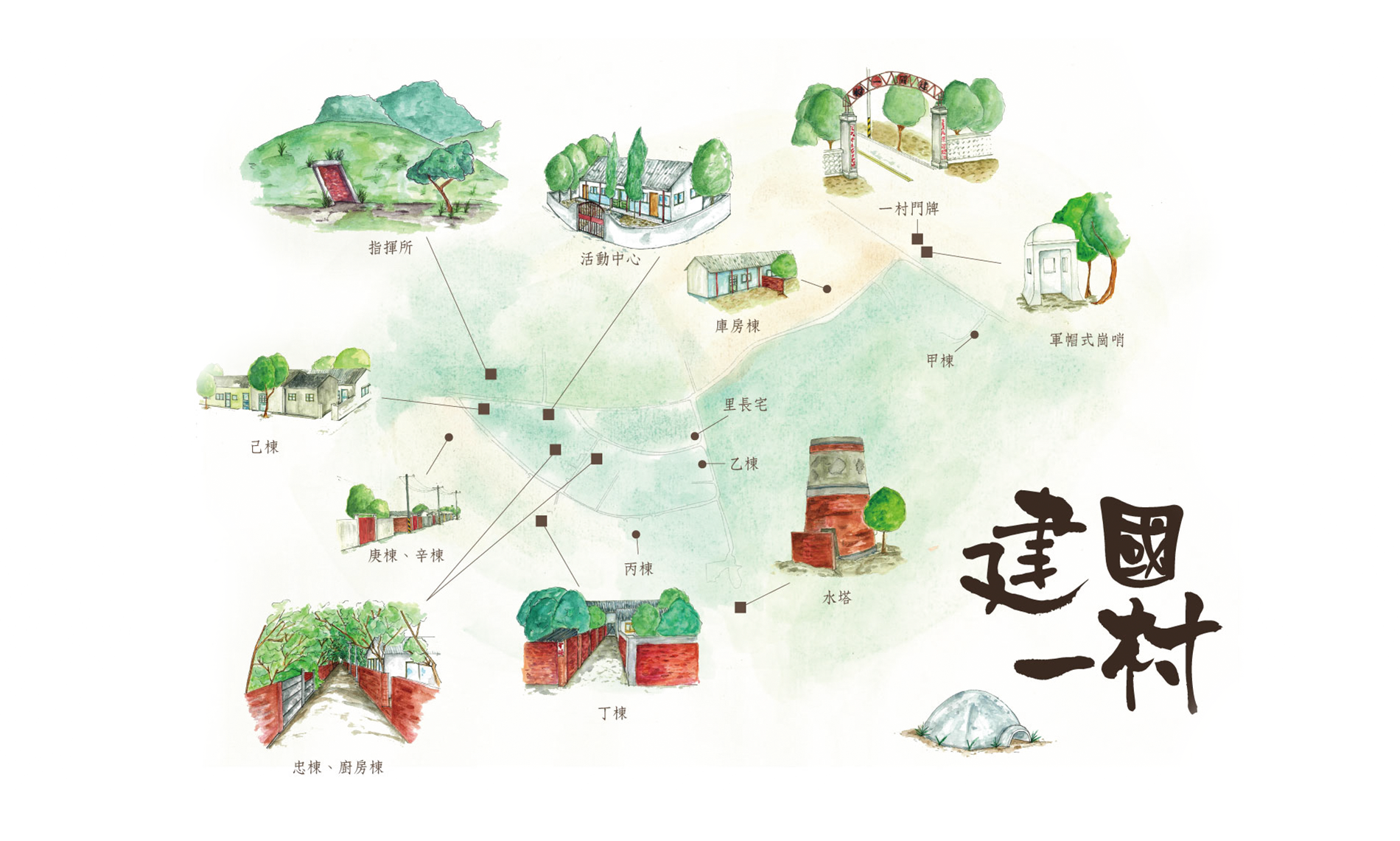 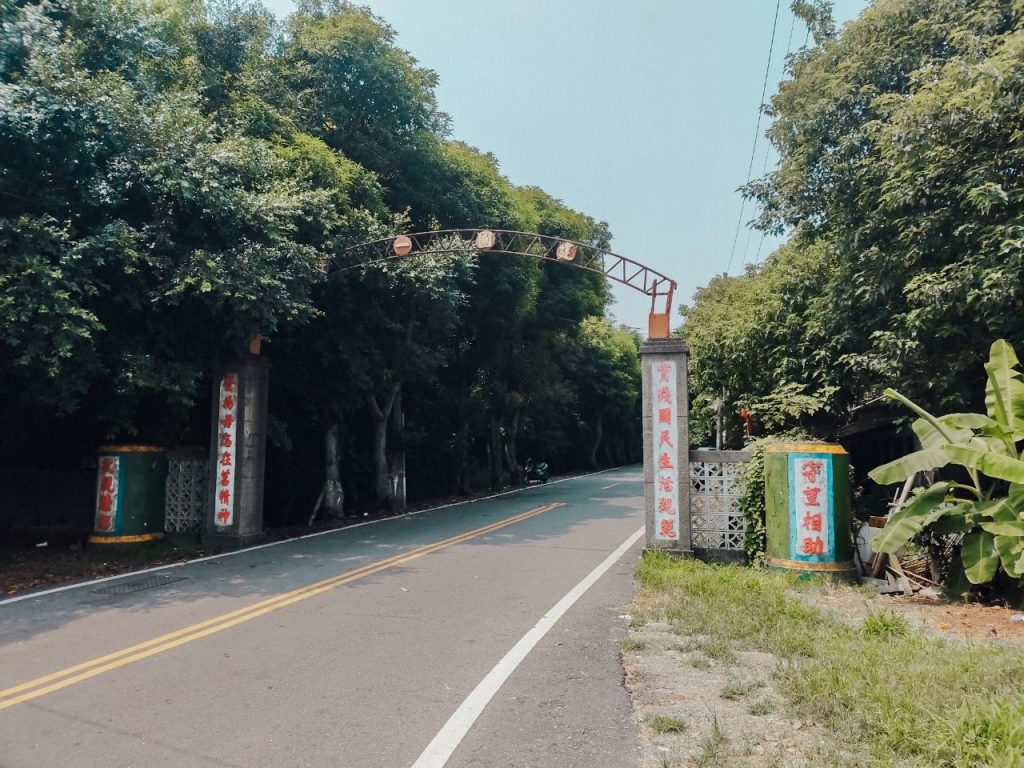 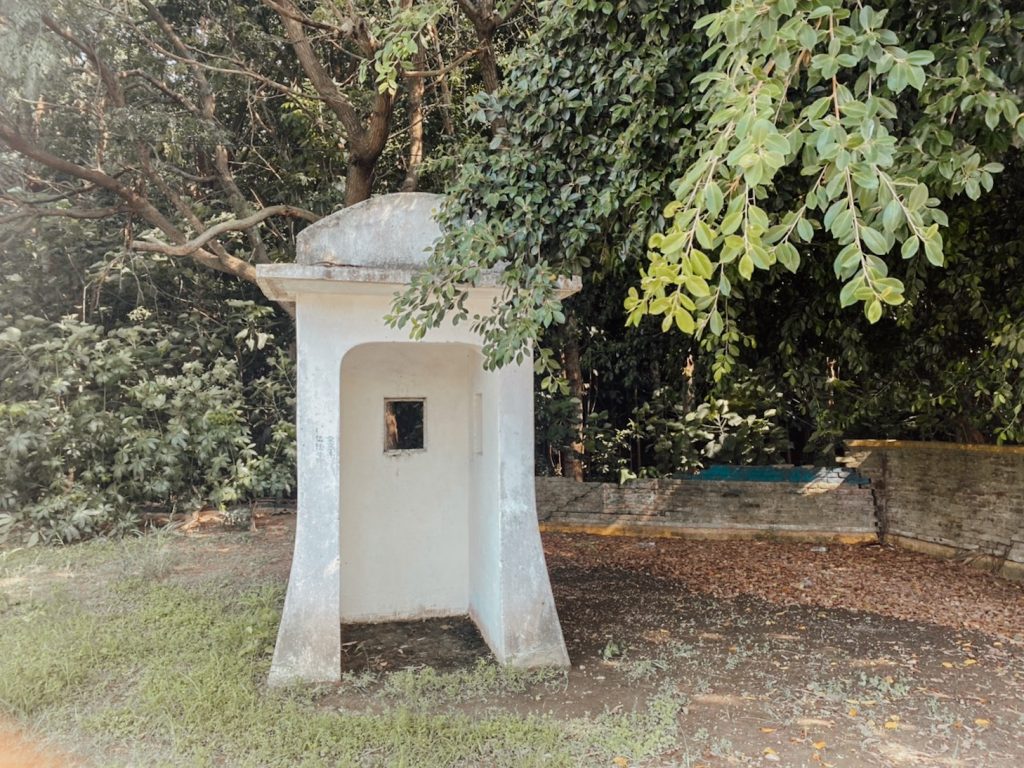 Each of the four villages was provided with one or two such lookouts; they were used as an access entrance of the barrack guards. The house near the lookout of Jian Guo Village-I’s Entrance was number 1 of Village-I; in the past it was the Japanese guard house collocating with the lookout. In the early years after the War, the lookout was still in use, a military post for the national military, but the guard house became a general residence for military dependents after the War; it was called Village Chief’s Resident since one of Village Chiefs had lived in it. It is today used as “Jian Guo Village Renewal Association.” 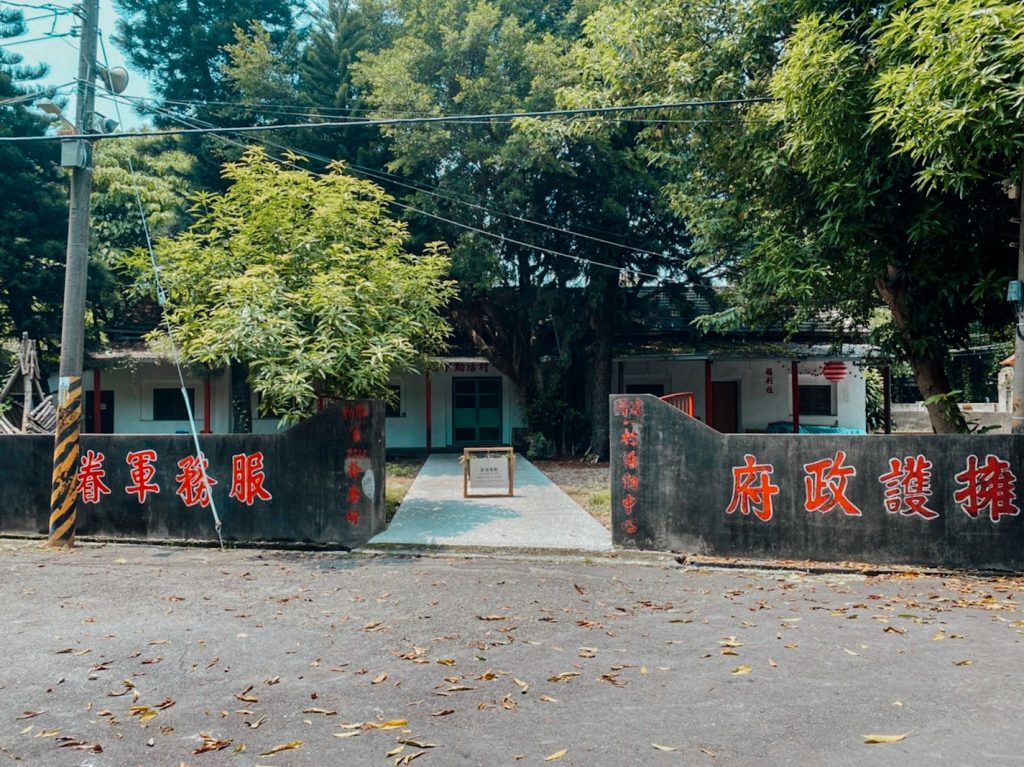 During the Japanese occupation, this was the kitchen and bathroom of petty officers; after the War, elder soldiers who took over the barracks all remembered there was a bathtub inside. After the takeover, the bathroom was altered into the military radio office of Hu Wei Airport; on completion of the mission of the radio station, it became the activity center, clinic and convenience store, where children of the villagers used to drop by to buy peanuts and drinks. 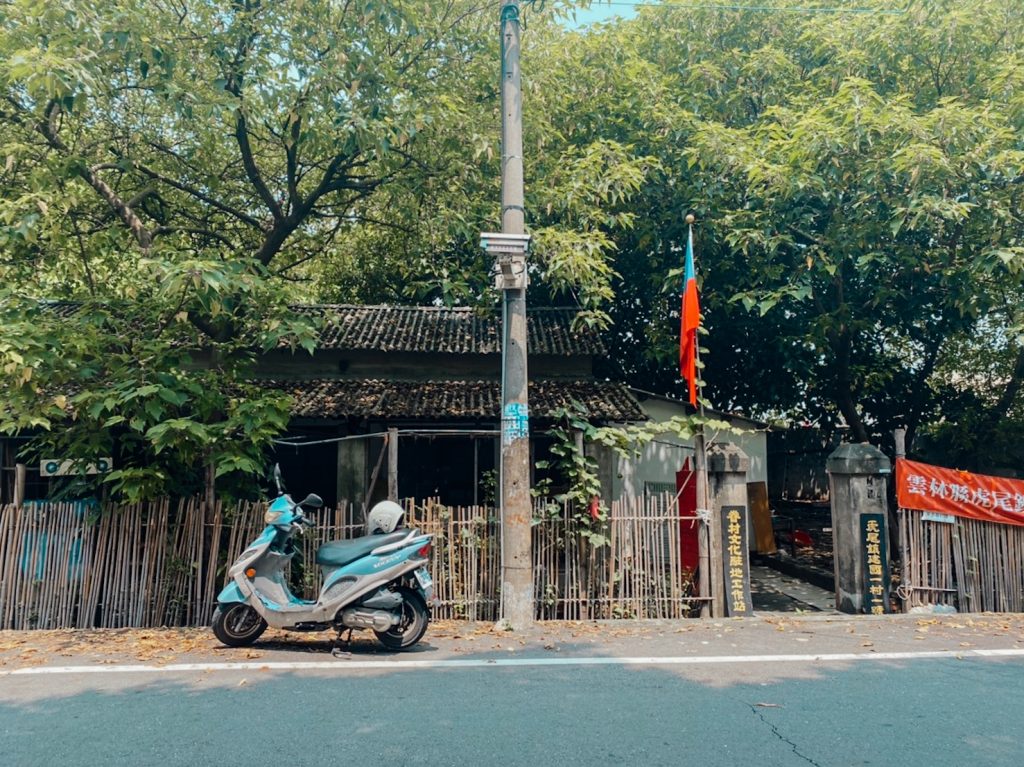 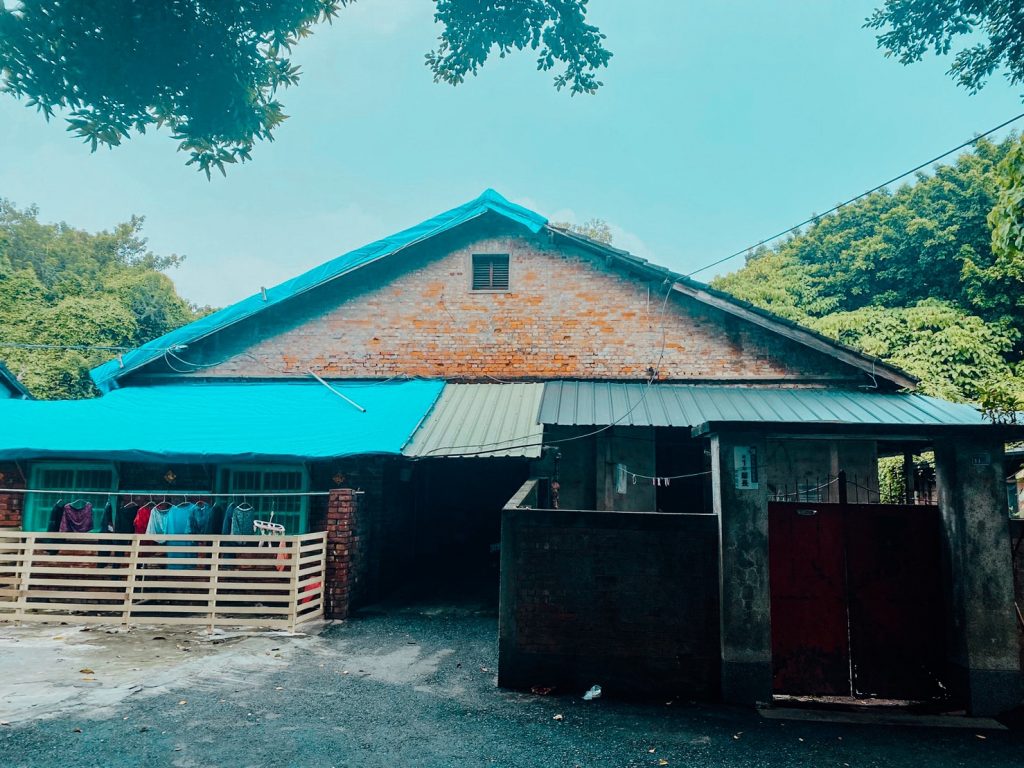 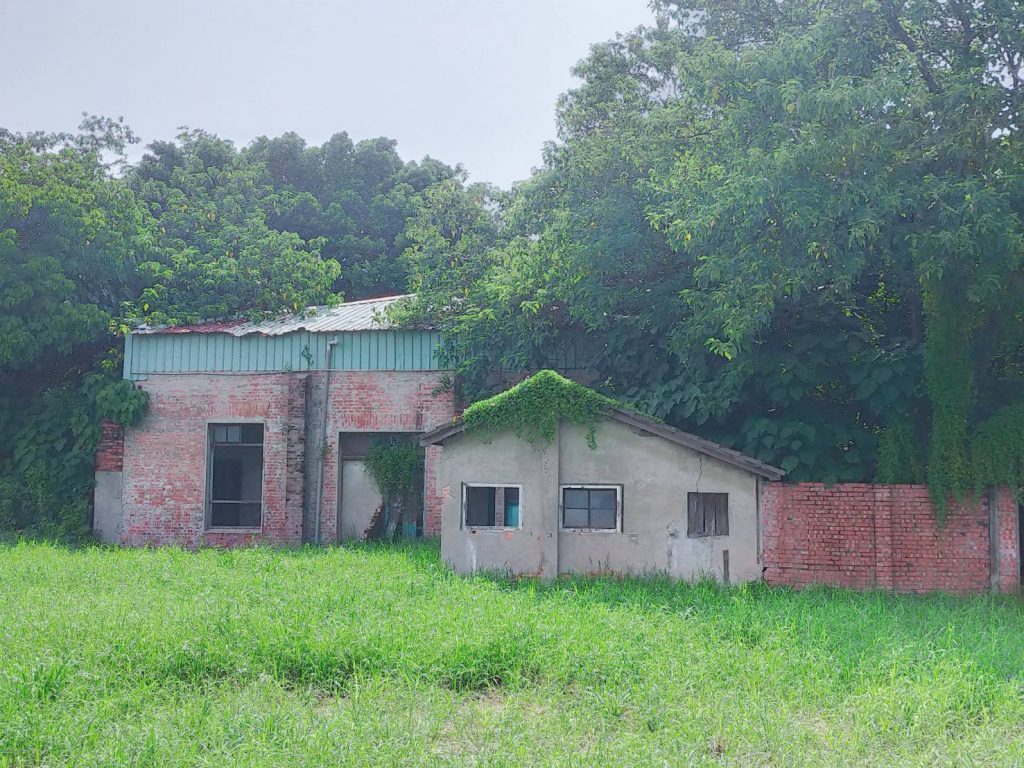 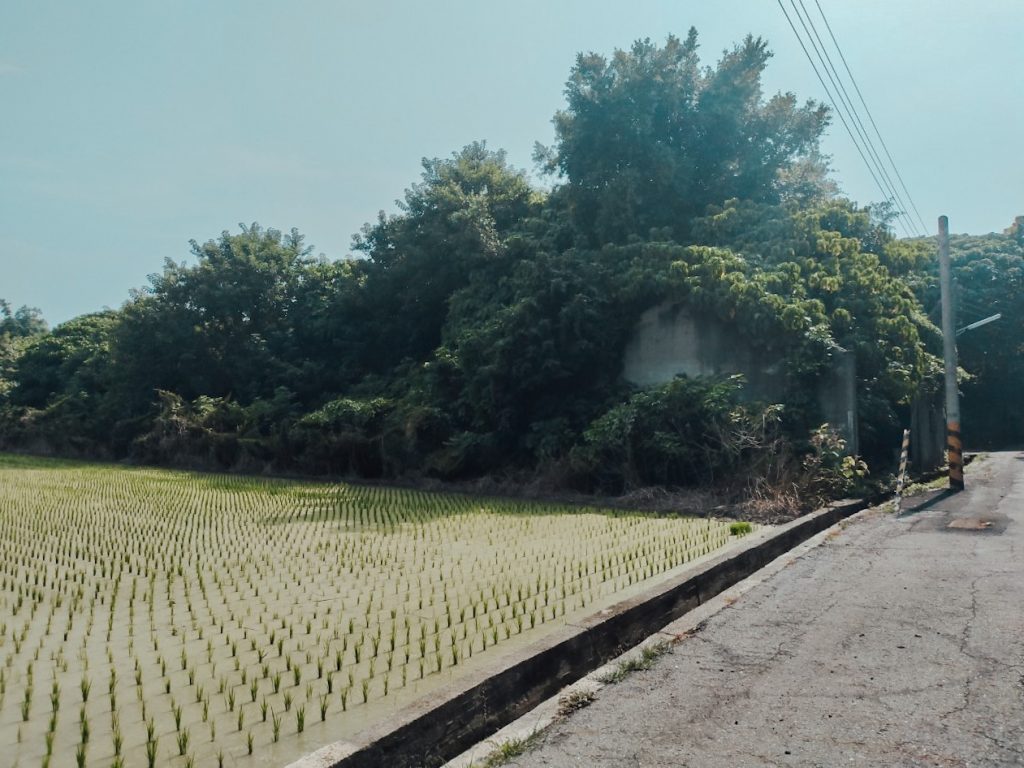 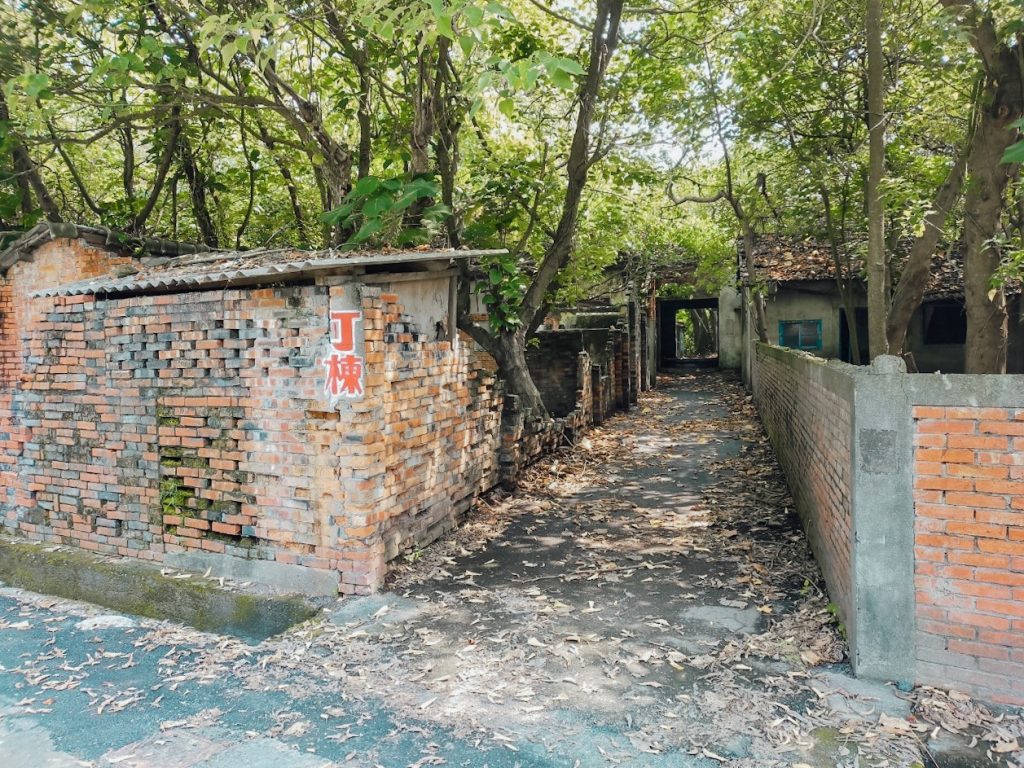 Formerly the pilots’ barracks during Japanese occupation, this building became the national military petty officers’ dormitory after the War. At the very beginning, the interior was parted into 26 households using sugarcane partitions and accommodated more than 100 people in its prime time. Since children grew up and living space demands were raised, residents started to augment and/or modify its interior by adding attics upwards, expanding kitchens, toilets and bedrooms outwards, resulting in a “houses within a building” phenomenon. Building D is the most fully preserved barrack architecture in Hu-Wei Jian Guo Village today, and it has witnessed two generations. Cross-group spatial imprints are most valuable for being preserved. 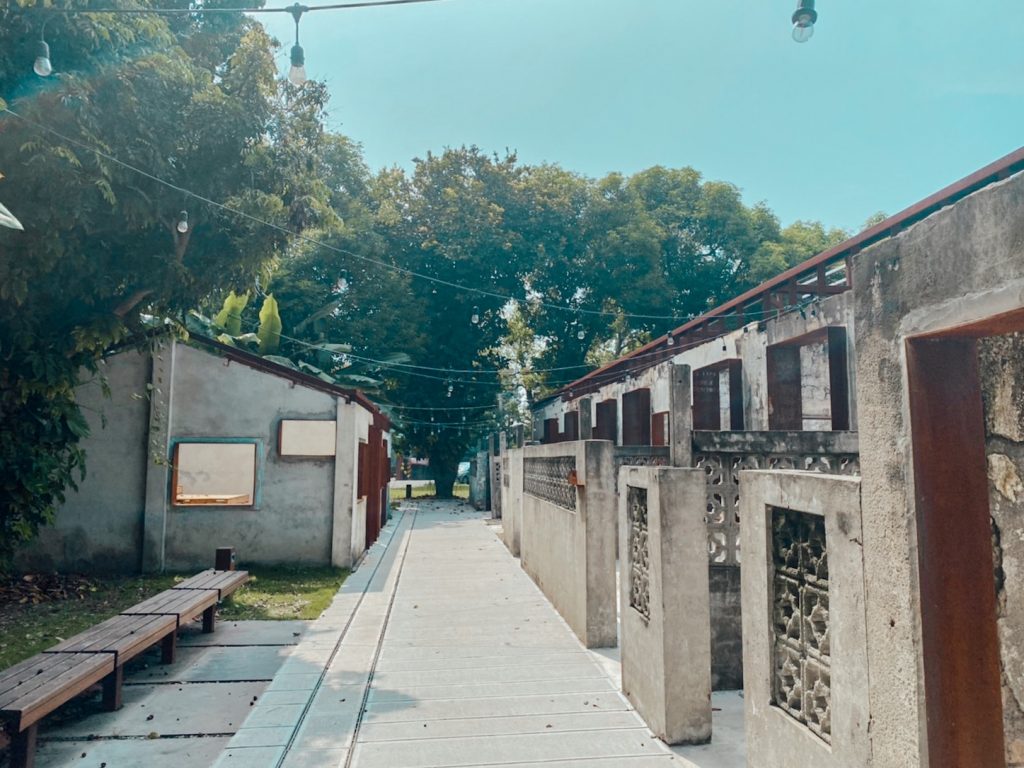 Building Ji was built after the War; Buildings Ji, Geng, and Hsin were constructed in a same period after the War due to insufficient residential spaces. According to
Japanese military documents, all three buildings used to have military
warehouses but they were destroyed by USA bombardments in late WWII. After the
War, the first household of Building Ji was the resident of the master of Hu Wei
Airport Airforce Radio Station. 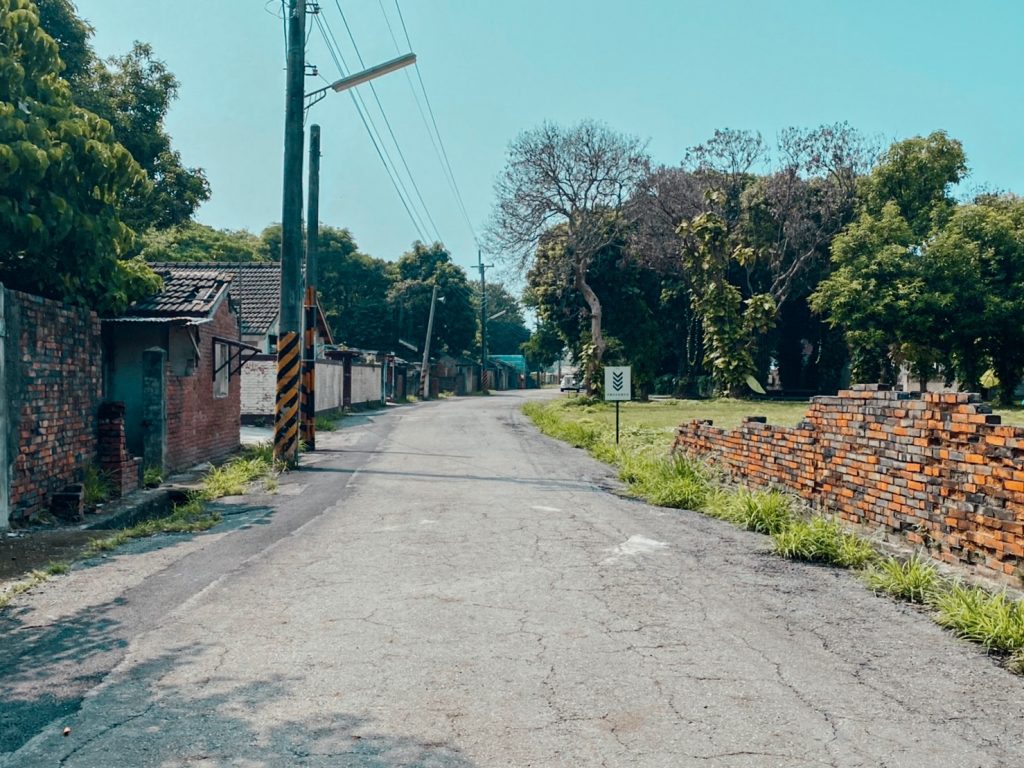 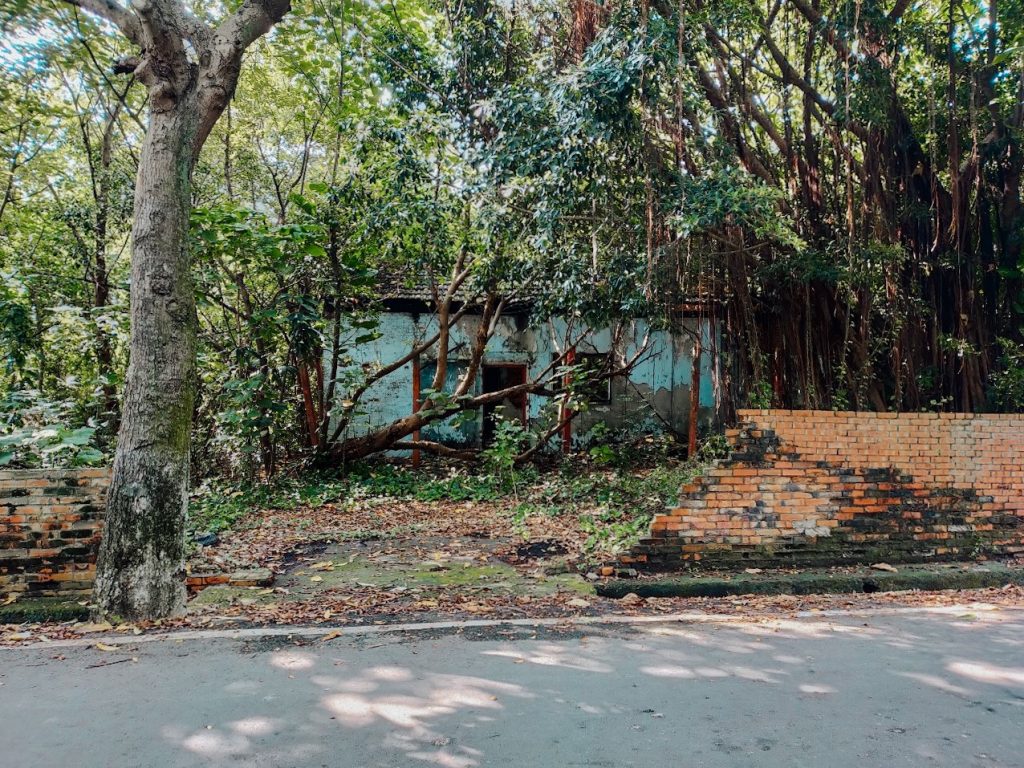 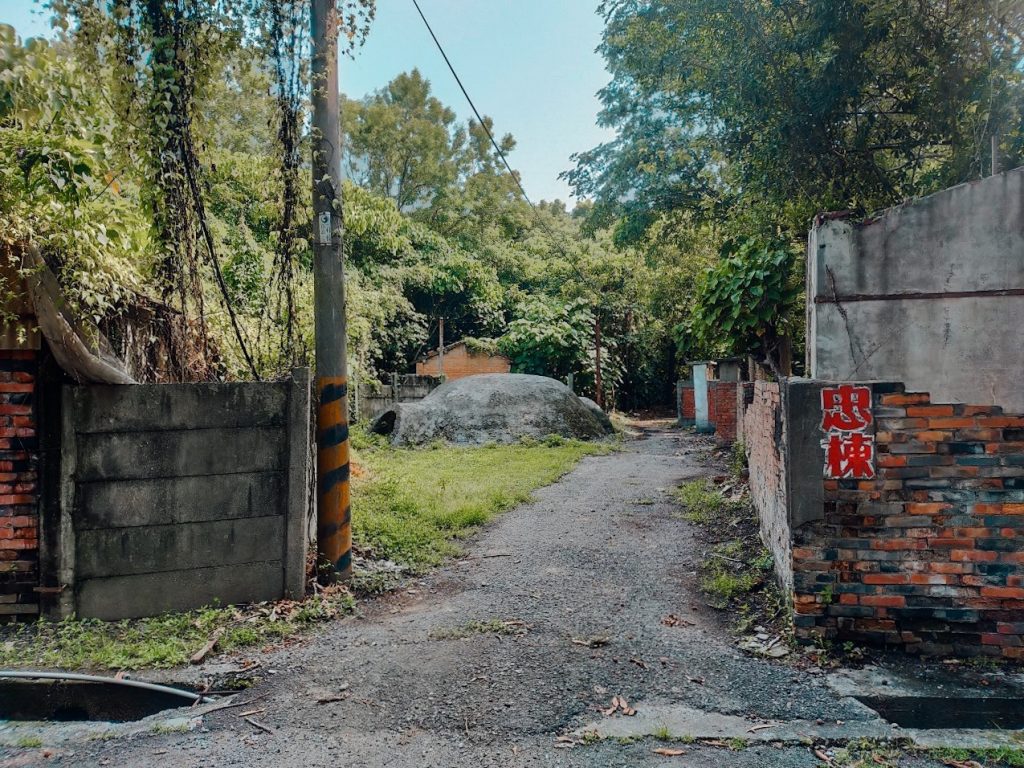 This used to be the pilots’ barrack during Japanese occupation. It was named Building E after the War, and was once renamed as Zhong Building due to the lack of airport barracks, and used as a single pilot’s dormitory, known to residents as Bachelor’s Dorm. The Airforce dependents village is mostly used by married soldiers’ dependents, yet Zhong Building was used as a single pilot’s dormitory because of airfield needs, which is relatively a specialized housing pattern. After ending of junior pilot training class, Zhong Building returned to be a residence of ordinary military dependents.

Two large Bomb Shelters at the entrance of Jian Guo Village-I were estimated to be built in 1944 or so and completed the same time as the barracks. According to Japanese military documents, the bigger shelter was a “Bomb Shelter” as well as the “Combat Command Post,” and the smaller one was a “Power Station”; both were covered by earth and plantation for shielding purposes.

After the War, the airport and barracks became an Airforce base and Airforce dependents village;the Air Defense/Combat Command Post was used by the Communication Squad of Hu Wei Junior Pilot Training Class, which was later re-organized as the “Airforce Radio Station.” The current Activity Center was the office of the former Airforce Radio Station; relevant communication facilities of the radio station, such as wired telephone, radio
transmitter, and so on, were equipped in the large shelter, where 4 or 5 people
worked; the small shelter was used for storing diesel fuel and generators. 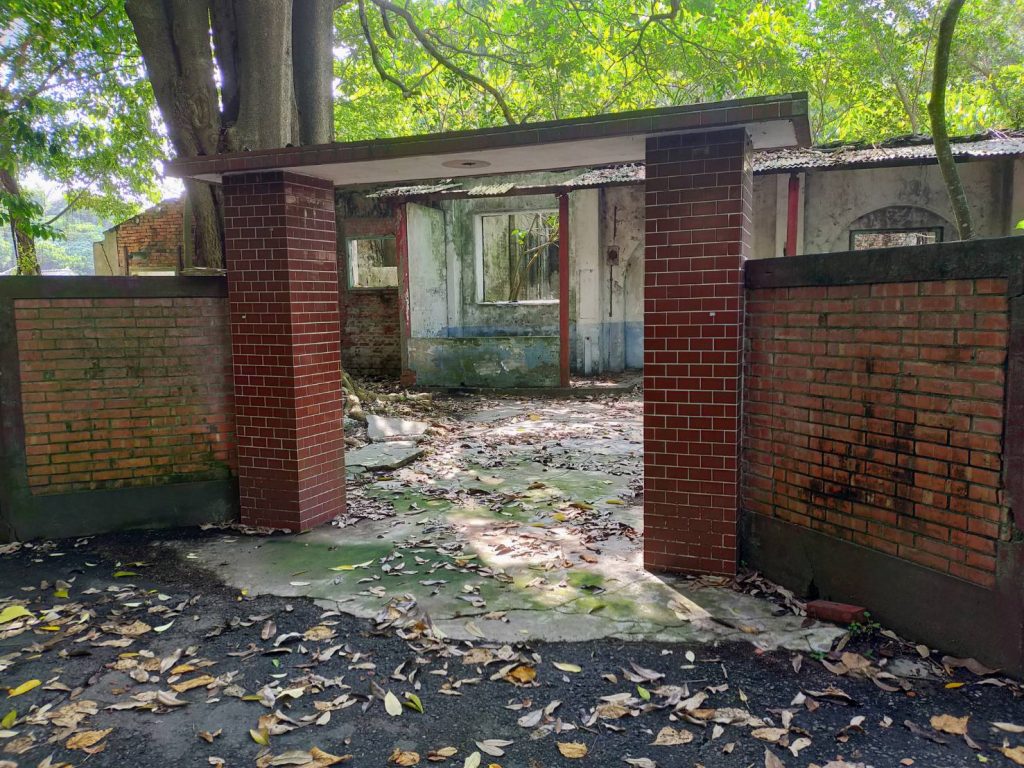 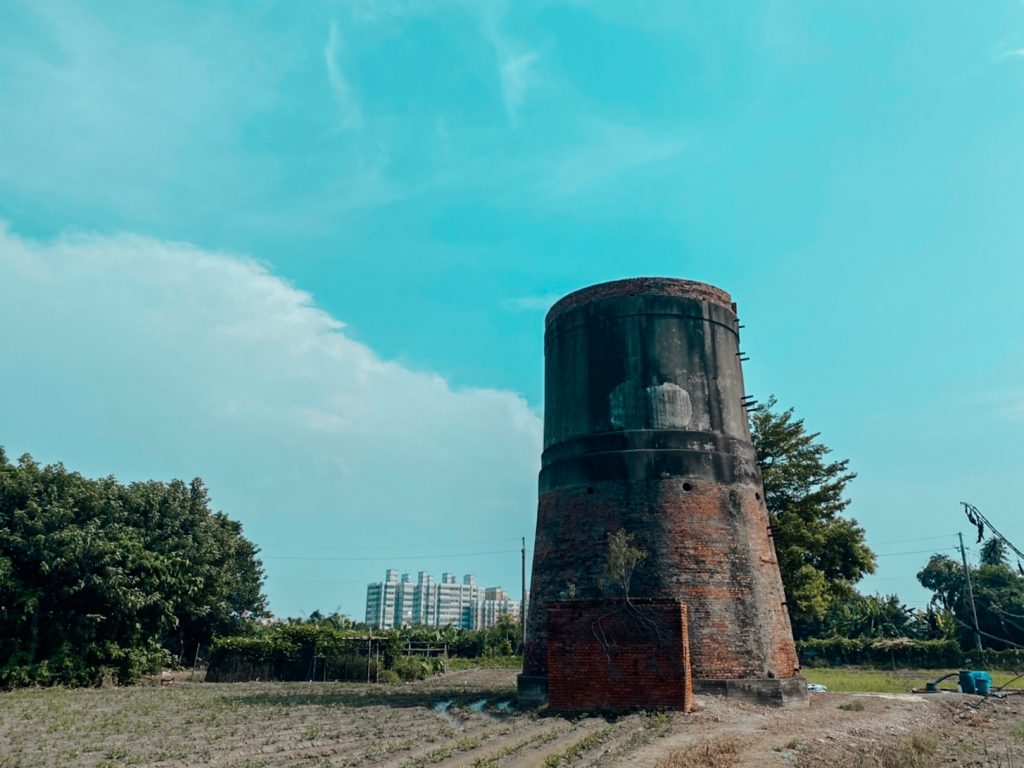